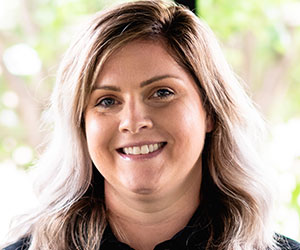 Elizabeth received both her Bachelor of Science Degree and her Doctorate of Physical Therapy from St. Ambrose University in 2010.

Elizabeth has advanced certification in hands and upper quarter diagnosis since 2017. She also has extensive training at the Colorado Sport and Spine in Colorado Springs, CO and training in Dry Needling.

Elizabeth grew up in Davenport, IA. She now lives in Bettendorf with her husband and two kids. She enjoys running and swimming. She recently completed her first triathlon. 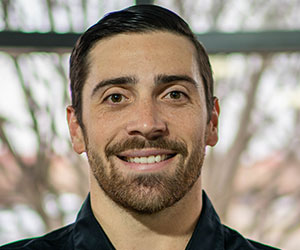 Joe received both his Bachelors of Exercise Science Degree and his Doctorate of Physical Therapy from St. Ambrose University in 2016.

Joe has a strong interest in orthopedics and sports medicine. He is also certified in Dry Needling techniques.

Joe grew up in Mokena, IL, but today resides in Davenport, IA with his wife, Brittany. He is an avid CrossFit athlete and has competed in the CrossFit Games the past 3 years. His team placed 5th, 9th and 3rd in the world. 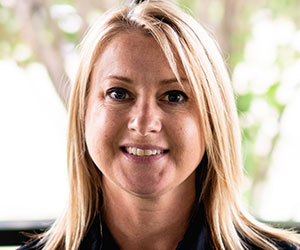 Nicole received her Bachelor of Science Degree from St. Ambrose University and her Masters of Science in Physical Therapy from the University of Iowa in 2003. Nicole has taken a variety of continuing education courses on the most current treatment techniques including advanced training in McKenzie manual therapy, KT Taping and she certified in Dry Needling. Nicole focuses on orthopedic injuries, overuse injuries, post-surgical rehabilitation, as well as TMJ and vestibular diagnoses.

Nicole grew up in Davenport, IA and now resides in Coal Valley, IL with her husband and two boys. She enjoys staying active through running, skiing, reading, travelling and volunteering at her son’s schools and sporting events. 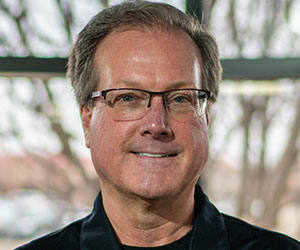 Kevin received his of Bachelor of Science Degree in Physical Therapy from the University of Iowa in 1986. Kevin is an active member in both the American Physical Therapy Association and the Iowa Physical Therapy Association. He is also active in both the Orthopedic and Sports Medicine sections of the APTA. Kevin has studied extensively at The American Sports Medicine Institute in Birmingham, Al. In the past he has served as a Governmental Affairs Advisor for the IPTA. He has also been a part of the Team USA Medical Staff for the World Games.

He has advanced training in Dry Needling and Sports Medicine.

Kevin grew up in Eldridge, IA and now resides in Pleasant Valley with his wife and 4 children. He enjoys all outdoor activities along with spending time at the Lake of the Ozarks. 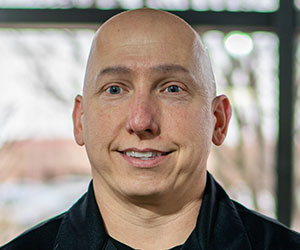 Jason received his PTA degree from Blackhawk Community College in 2011. He is an active member in the American Physical Therapy Association and the Illinois Physical Therapy Association. He received his license for personal training from the National Academy of Sports Medicine. He has extensive training and certifications working with numerous populations that include diabetes, children, and geriatrics. Jason has completed numerous continuing education courses since becoming a PTA including: proper throwing mechanics, progressive ACL rehab and Mulligan concepts for the upper quadrant.

Jason grew up and continues to live in Port Byron, IL with his wife Jenn. He enjoys working out and traveling with Jenn and spending time with friends and family.

She is an active member in the American Society of Hand Therapists.

Kerri grew up in Davenport, IA and now resides in Bettendorf, IA with her husband, young son and their two dogs, Jessie and George. She enjoys traveling and spending time with both family and friends. She enjoys playing volleyball, cycling and running. Enjoys watching Iowa Hawkeye football and her son playing his sports. 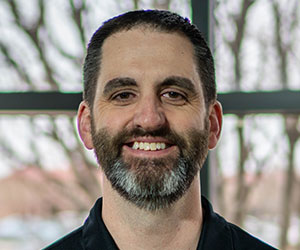 Craig received both his Bachelor of Science and Master of Science Degrees from Western Illinois University in 1999 and 2011. He also obtained his PTA degree from Black Hawk College in 2016. Craig has been an active member of the National Athletic Trainers’ Association since 1998 and has served as a past BOC liaison for the Iowa Athletic Trainers’ Society. Craig has provided athletic training services for a number of Quad City Area organizations over the years including the arena football team the Quad City Steamwheelers for eight seasons, Augustana College, the former Marycrest University, and currently at Bettendorf High School. He also works as a physician extender within the clinics of Orthopaedic Specialists, P.C.

Craig is originally from Aledo, IL and now resides in Bettendorf, IA with his wife Chelo and their four kids. He enjoys spending time with his family, exercising, and watching sports. 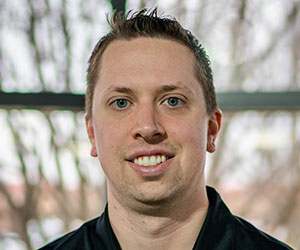 Brian received his Bachelor of Science Degree in Athletic Training in 2014 from Simpson College, in Indianola, Iowa, where he also lettered in football. He also received his PTA degree from Black Hawk College in 2017. He has been an active member of the National Athletic Trainer’s Association since 2014 and is currently the assistant athletic trainer at North Scott High School.

Brian grew up and currently resides in Davenport, Iowa, and is a graduate of North High School. He enjoys spending time with family and friends and enjoys being active outdoors.

Warren has lived in the Quad City area nearly his entire life. He played tennis at St. Ambrose University and continues to be active playing volleyball and biking. Currently, he lives with his wife Melissa in Bettendorf, Iowa. 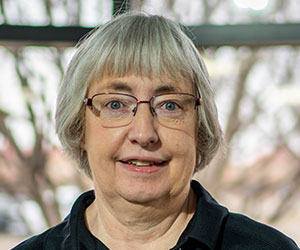 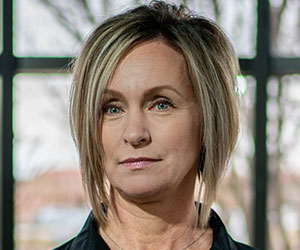